I want all founders to know how common it is that one of the co-founders ends up feeling used up and spit out by their company as well as betrayed by their co-founders.

I want you to know why it happens, that it’s normal, that it’s not personal, and what you can do to avoid it.

In the last year alone I have coached more than a dozen founders through ugly breakups. Many of these I could have prevented had they brought me in a year earlier.

SO I HOPE that this video and the others I will make on the topic makes it to founders in distress as early in the process as possible.

Here’s the scenario I have seen play out over and over.

Typically, one of the co-founders will be rejected by the company, like a splinter pushed out of a palm over time, around the time of the Series B. But the problem started just before the Series A.

It’s rarely the founder/CEO or the technical co-founder.
It’s usually the founder whos branding, product, marketing and culture talents were mission critical up to Series A.

In this video, I will…
– Normalize this.
– Explain why this happens.
– Explain how to make it as painless as possible.
– Suggest ways to prevent it. (Did I address that? I can’t remember now and I’m not going to watch the video again. If not, let me know and I will make a video about it.)

And I’ll throw in a few good stories as well.
Writing this, now I wish I would have told the story of how this happened to me, but I didn’t. I thought it would make the video too long.

What did I miss? Let me know in the comments below and maybe I’ll address it in my next video. 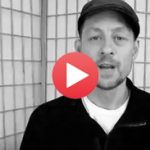 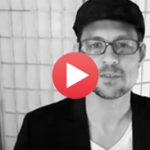